Here is the next best thing – a stripped down, economical blade made by the same team of Master Smiths and brought to you by our friends at Ronin Katana. 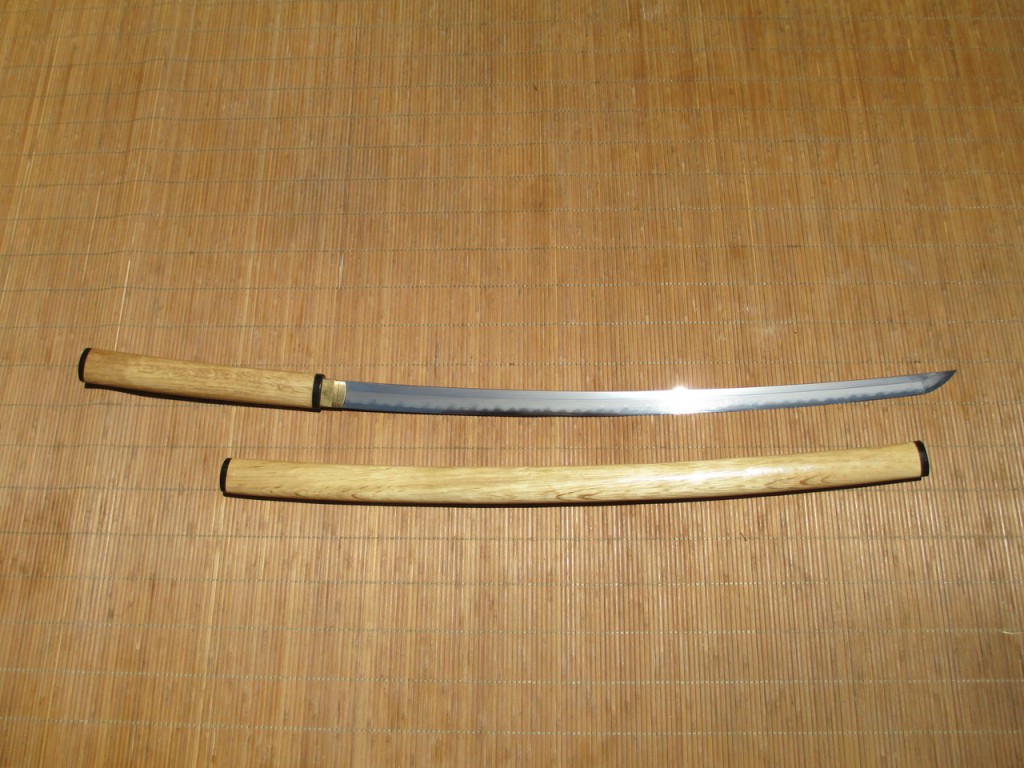 Beside the fact that they obviously don’t have the mountings as a Project X blade, the actual blades themselves are almost identical. Same elite level Soshu Kitae Lamination made by the same smiths, the only real difference is a little less time is spent on the final polish – but the difference is only truly discerable if examined with a magnifying glass. In all other respects, these are some of the very best Japanese style blades available outside of Japan – and at a fraction of the price of a modern made Nihonto with the same fittings.

Speaking of which, while the lacquered wood and buffalo horn inserts are top quality, if you wish to take it to the next level yourself, you can find a wide assortment of tsuba, plus pre-fabricated tsuka and high quality saya available on our site here – so with a little DIY skill here and there you could in theory create your very own customized Project X Katana! (of at least, pretty close!).

Great value for money, check them out here. We have around 20pcs available ex-stock and they are priced to sell, so if you missed out on Project X Japanese last time, well – this is the next best thing.

As you can clearly see by the inert timer on the previous post, the window for pre-orders for Project X Japanese is well and truly closed, the master smiths are firing up the forge, and the only way to get one now is to be one of the lucky few who pre-ordered or who can order from landed stock in time in December..

As you can see, there is now just slightly over a week left to pre-order your Project X Katana and matching Wakizashi\Ko Katana hybrids..

This is the last chance for 2015 – so if you want a guaranteed chance to get one of these swords for yourself, well – you had better act fast.. The timer above is only a guideline – if we get more orders than we can comfortably handle, the timer will be adjusted or the offer withdrawn without further notice..

Check them out here

This brand new offshoot from Project X truly is an industry first..

Despite what some ebayers may claim, real Chinese forges do not sell direct to members of the public. While there are many sellers who claim to represent a forge in China, the reality is these sellers simply shop around at the big forges, getting the best that they can for their customers and passing it off as their own. Big forges only deal in large wholesale orders to distributors with minimum advertising quantities..

Using the contacts we established over the years, and having gained a measure of confidence in who we are and what we are about with Project X, the Mastersmiths and owner of the largest and most respected forge in Longquan – they decided to make an exception…

Here is how it works..

The forge has allowed us limited access to a carefully picked selection of their premium grade swords that, because of how much they cost to import and because they are not “standard” heavily in demand swords like Katana or Longswords, have never been widely available before except in imitation form on ebay and Alibaba, etc (there is a budget, mid range and high end mastersmith version of these swords – be careful of sellers who try to substitute the budget or mid range for the high end stuff!).

These truly are stunningly beautiful pieces. To start, we were permitted four models: the first one, the Proto-Chokuto/Tangdao, is a rare blade style seen in both ancient China and Japan – the Katana’s great grandfather as it were with its single edged, chisel tip blade – clay tempered with real hamon and full rayskin wrapped handle. 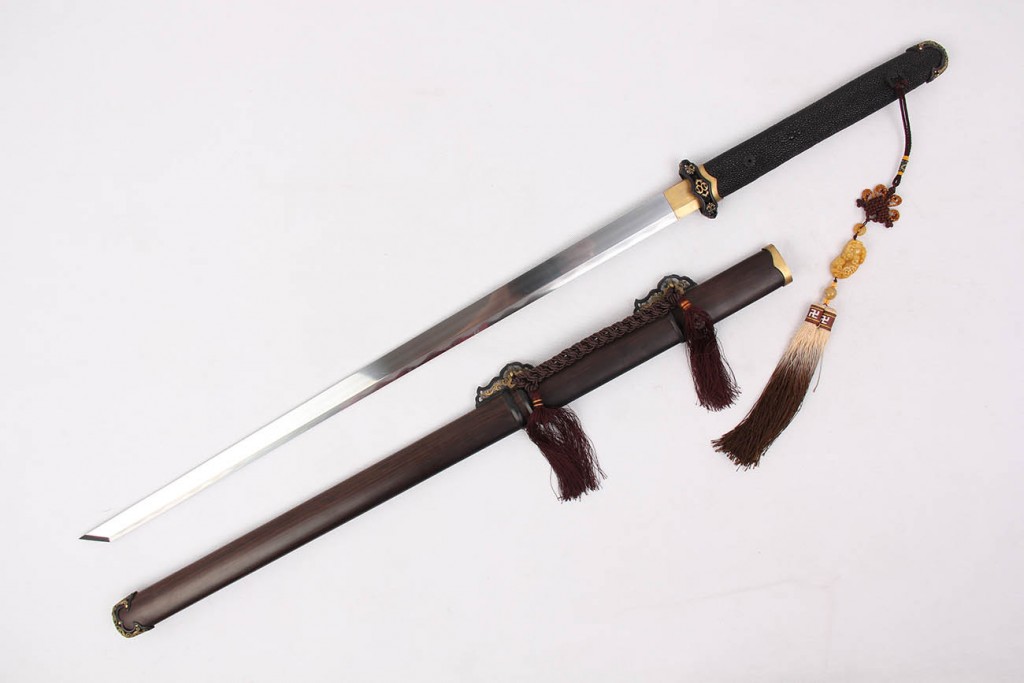 The second is a blade fit for an Emperor – an ornately decorated two handed Qin Jian based on swords in use over 2000 years ago. But while the fittings are blinged out to the max – have a close look at that blade: differentially hardened with two hamon (one on each edge), folded 1095 carbon steel – and you know it not only looks good, it cuts with the best of them… 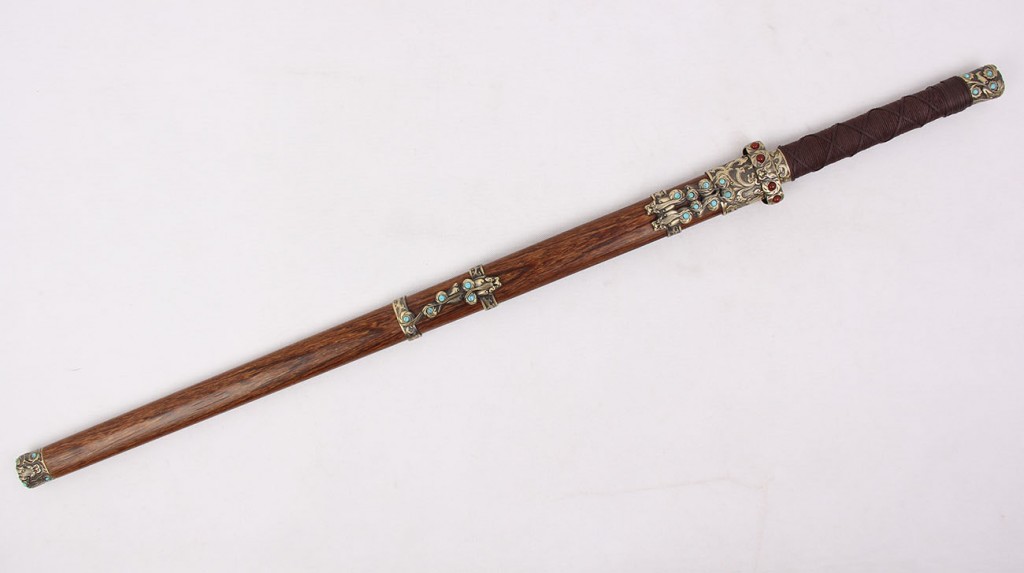 The Kiangxi Dao is one of my favorites simply because it is so unique, powerful and FUN.. With some serious presence, the beefy blade is folded, differentially hardened and beautifully polished (I am getting one of these for my own collection). 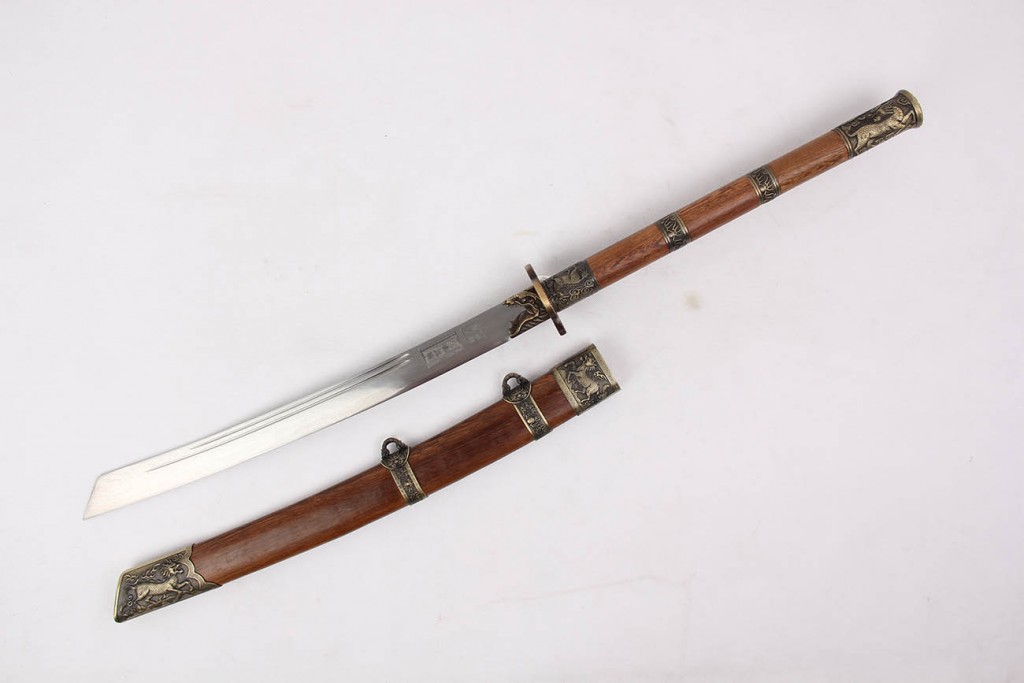 And last but not least, a true warriors piece. The Shu Jian..

I mean seriously, just look at this thing.. Once again, mastersmith forged with a folded, differentially hardened double edge – another that I desperately want for myself..! 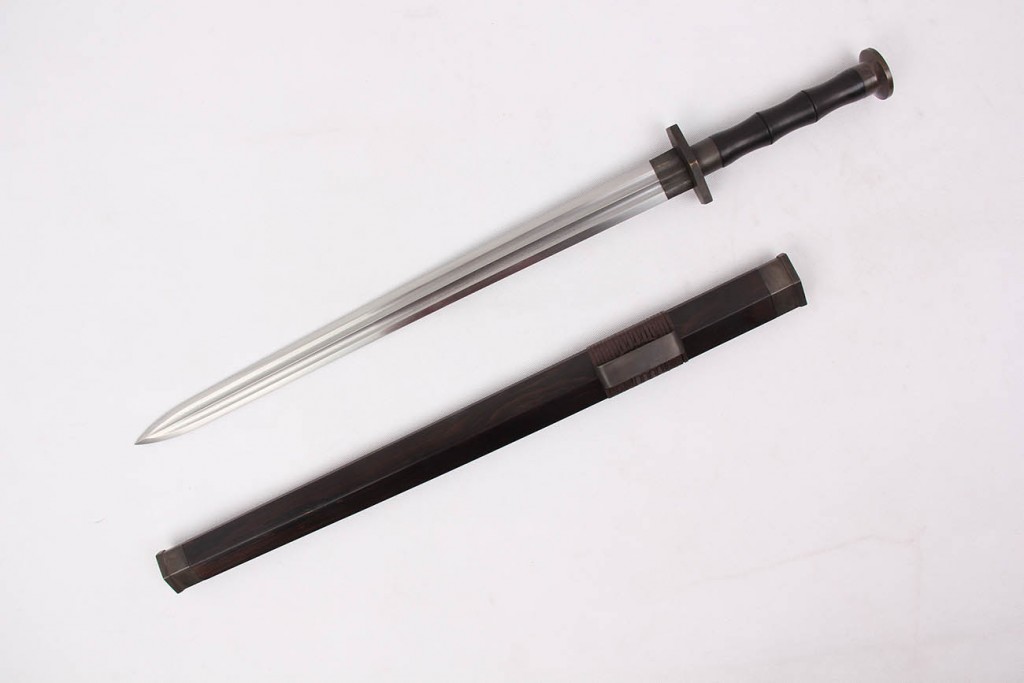 Anyway, as you can see – these are some unique and rare swords – and unlike Project X, Forge Direct has no production limit – each sword is made to order and shipped to you anywhere in the world for FREE direct from the forge via EMS (please allow 4-6 weeks for delivery)..

The only catch is, each of these models will only be available for a limited time period before a new offering is rotated in. So if you see a design you like, you had better secure it while you can as once we rotate a product out of the selection, there is no guarantee it will be available again..

Check all these swords out here – Project X: Forge Direct

All I can say is “wow” – the landed stock of the Project X Japanese swords arrived, and sold out – before I could even list them on the main site.. Only subscribers to the Project X mailing list actually got a shot at one, and even many of THOSE people who were waiting to pull the trigger on one of these swords were not fast enough..!

Yes, we should have ordered a few more – after all, it can be YEARS between offerings and a LOT of people ended up somewhat frustrated..

The swords ordered now will be shipped in by Airfreight in early December in time for Christmas – so if you are one of the lucky few reading this at the right time, well – now is your chance..!

4 Models available – Model #001 in Katana and Wakizashi configurations and the same with Model #003 – CHECK THEM OUT HERE!