They arrived at perhaps the worst time possible (boxing day 2021) and have been listed during one of the most difficult times in recent sword history. But after 6 months of holding them in stock the time has come to liquidate this project of ours once and for all..

Our misfortune is Your Opportunity!

While it is bad news for us, and the final death knell for the Legendary Swords Project (so much so that we have actually removed all reference to the original backstories for these swords) it is great news for fans of original, premium quality hand made bespoke fantasy swords..

Normally Fantasy swords are either stainless steel decorative things or $3000-$8000 one of a kind artworks – and the Legendary Swords Project was our (failed) attempt to bridge the middle ground, so the chances of seeing swords like these at anything similar to the current closeout prices is practically non-existent.

All the swords below are 100% fully functional, made from 5160 spring steel and with premium custom made original fittings and each one is based on a real world sword of some kind or another. So without any further ado, let’s take a look at the last three swords from this series for the very last time:

A ‘Fantasy Katanaesque design’ the 2.54lb Castir is lighting fast and was described by Martial Artist Joko Setiawan, who after using it “like a Katana, a Machete, and an oversized Cavalry Sabre, transitioning between forms, stances and using both edges in mock attacks without skipping a beat, had this to say:

“If I’m in a battlefield, I want this thing on my side. This is better than a Katana.”

With it’s distinctive spear/arrow like head, this wide bladed Fantasy Gladius is the only sword I know of that is capable of bisceting a water filled bottle with a thrust! Great fun, and visually striking with its matching custom hand made scabbard.

THE BRAND OF THE FALLEN

If you like your swords big, bad and slightly terrifying – the Brand of the Fallen is for YOU! Based on a hybrid design between a German Zweihänder and Flamberge (flame bladed sword), the blade terminates with a deadly undulating, serpentine Kris blade design that causes unpleasant vibrations to an opponents weapon when it makes contact and delivers distinctive tearing, shearing cuts when it makes contact with the target. Truly intimidating on every level and an absolute bargain at the final closeout price.

Brand of the Fallen

As all swords are being sold BELOW COST this is most definitely the last time you will see these designs on the market. So grab yourself a piece of SBG history before these swords are gone forever..

Nothing really highlights the ongoing insanity of the global supply chain crises than when we list all the new swords that were supposed to have landed at least a couple of months ago in time for Christmas than this..

On Boxing Day, many new models have just become available for Christmas..

So without any further ado, here they are – our ‘Boxing Day’ Selection..

While the Legendary Swords Project’s future remains very uncertain, at the start of 2021 there were a few swords whose prototypes showed so much promise that it would be plain wrong not to make a few into a small production. Now nearly 12 months later, we are delighted to announce a VERY LIMITED release of two new fully functional fantasy swords. Starting with:

The Brand of The Fallen

Loosely based on the German Zweihander and Scottish Two Handed Swords with a very dark twist, this has to be one of the meanest truly battle ready fantasy swords ever made. 45″ from end to end, everything about this sword is quite distinctive and unique – but nothing stands out more than the blade itself..

With 13 curves (a traditional and common style throughout South East Asia) Kris/Flamberge is very attractive but as similar swords were used by the German Landsknecht, it is not without historical precedent.

Definitely a sword you should be careful handling, as Kris blades can bite in unexpected ways..

Brand of The Fallen

Ever bisected a water filled bottle before? Probably..

But how about with a thrust? Well, unless you have one of these – chances are no..

With a truly acute tip optimized for a deep and very wide thrust, its a very versatile and intimidating looking piece and includes a matching high quality scabbard.

Plus, a limited restock of the Castir

In addition to these two NEW swords due to popular demand we also produced a small run of the Katanesque Castir Sword, a curved single edge two handed saber with matching scabbard.

Also made by Blade Culture International, but exclusive to Clyde Hollis’s Kingdom of Arms Brand, we see quite a few underrepresented swords finally hit the market as well as some companion daggers and Viking seax knives to create matching sets.

Here are some of the most notable new additions:

Click here for the Full Kingdom of Arms Line Up

After humble beginnings, the so called ‘Art Sword’ line by Ryujin has been expanding quite a bit in the last month or so. And it just got even bigger with four new swords with 65mn Spring Steel blades that take it all to a whole new level..

There are more swords still stuck in supply chain hell that will be released ‘for Christmas’ in 2022.. But look on the good side, at least they should not ALL sell out crazy fast this time (though we are already seeing some of the most popular ones going quite fast regardless – so if you see something you like, don’t sit on the sidelines or you might still miss out!).

In the meantime, you can check out every new sword listed in the order it arrived HERE on our New Additions Page:

Though it ain’t all sunshine and lollypops..

And boy do we have a lot of catching up to do..

First there is a backlog at Ryujin that we are working through, then there are a ton of emails that need urgent attention, and we need to make a few changes and update the site and stock levels (which are, for most of our suppliers, very limited!).

Personally I spent at least 3 hours a day over the holidays working on the site so that there was no mountain of work to come back to – and also unable to see my family being locked away overseas since the pandemic started, had plenty of time up my sleeve..

But it has NOT been a positive start to the year at all. The industry in Longquan is more or less decimated – we warned about this for years, but the eBay guys have stripped it like locusts and we have seen many talented smiths retire or forges change to producing Celedon ceramics. But personally, I am saddest to see Master Michael Ye move on from sword making – and taking all his products from the Forge Direct Line up with him..

The Wuxia line he made for Legendary Swords have been discontinued for a long time. But here are the swords that have since joined the permanently retired archive..

Honestly, it does not leave us with anywhere near as many Forge Direct Chinese Swords to Choose from – and as the industry continues to shrink, chances are so will the number and possibility of obtaining new models..

Anyway, it’s real shame to see him go – and sadly, the writing is on the wall. Many others are soon to follow his lead. He did some amazing work, and was part of the collaborative project to create the fantasy blade the Seraph Aegis with US artisan Jeffrey Robinson

Add to this extremely low stock levels at Hanwei – with restock expected first in November, then December and now, unknown…

But it’s not ALL bad news..

BCI USA advised me that we have a single new and unshipped Zelda inspired Master Sword still in stock! And one that was returned because the customer did not like the construction techniques and was upset that the hilt is 2mm different on one side than the other..

Have a look and tell me if you think it looks terrible or not,

Anyway, you can find them both for sale on the main page of the site. So grab them while you can!!

Okay, now I have an absolute TON of work to get to, so will post again when I get a chance or if something new and noteworthy happens. But I must say, 2021 feels like 2020 but worse..

I really did not want to raise the price on this sword – at $2999.99 we break even and make a small profit that isn’t really enough to justify the amount of time and effort involved in the project – and not enough to help fund the Legendary Swords Project (which is proving to be a real money pit and has no outside funding, crowd sourcing or other ‘eBegging’).

But with only 5 made and 1 sold at the time the special offer ends, and a rather large amount of money tied up in its production, I have decided to extend the special offer until the 12th of February (when all the other mega-sales end).

If there are still swords available after the new extension period we will have no choice but to raise the price to cover the costs of funding the production for longer than anticipated – perhaps not up to $3800 but despite it being our most expensive sword to date, $3K really is too cheap for this sword package.. (the new price, which will also carry across to additional runs, will likely be priced at $3,300).

Either way, time is running out on this deal – do some research online and you’ll see that despite the high price, you get your money’s worth and then some. 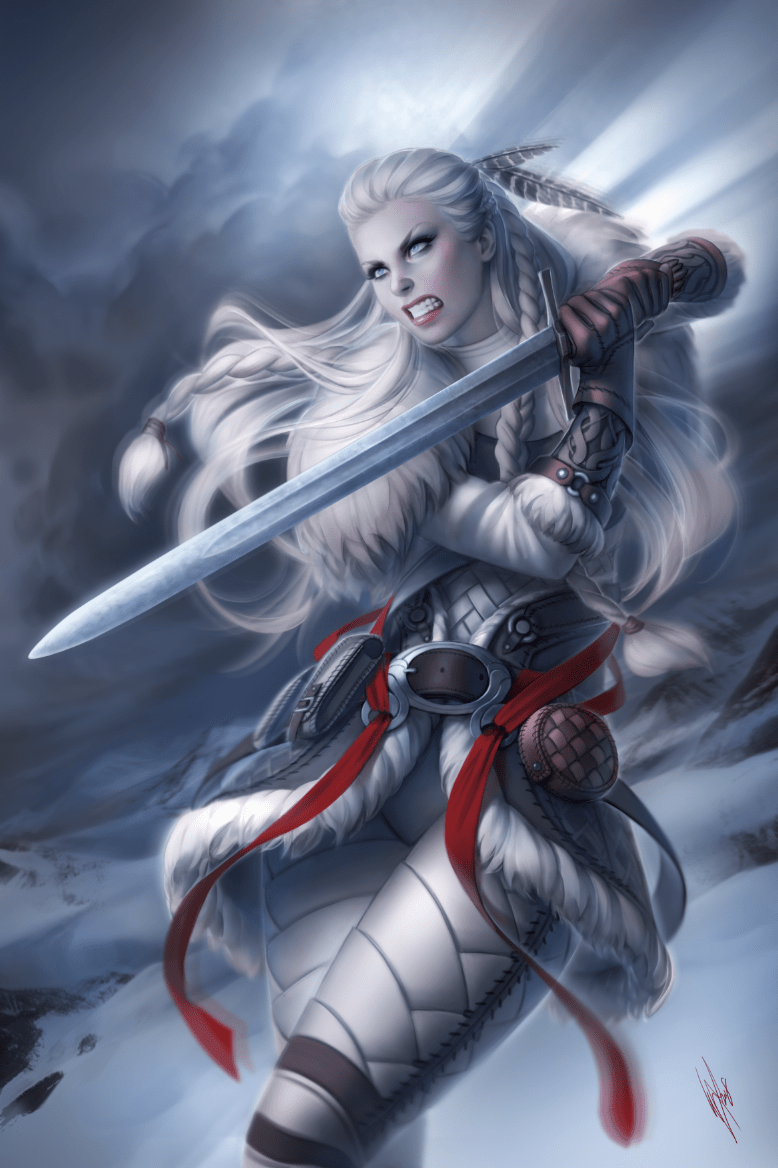 Work has already commenced on the final 10 swords of the Odin’s Oar – Sword of Runa by Longship Armory – and as of the time of writing this post the very last 3 pre-order slots are still open..

But one way or another, they will not be open for much longer.. If they are not taken up before midnight EST the 3rd of November, the opportunity to pre-order will slam shut and they will only be available to order once the final run is completed – but as these will be the last, the special pricing will be withdrawn and the last ones will be sold at true market value (sure, they might take longer to sell this way, but as once they are gone they are gone for good, this is not something we are concerned about).

So if you want to reserve one before its all too late – well, the clock is ticking..