This is pretty crazy and to be honest we arent even close to breaking even on these – but we have a limited number of DELUXE MOTHER OF PEARL SAYA available in three styles:

A: Dragon
B: Bamboo
C: Birds

And each saya comes with Real Buffalo fittings as a secondary bonus. And to test the waters, the price is…? What? How much?

Check it out here, and if you would like try try a little taste of luxury at a token price point, well – here is your chance.

P.S. Only available on a 28″ blade and in the colors provided. No modifications are possible, what you see is what you get (and its pretty easy one the eye!)

We have just added another 3 new Dojo Pro models to the store – stunning and very popular new designs, check them out by clicking the links below:

P.S. You may have noticed some changes in the right hand column, now the new products page is only accessible from the blog and there is a quick exit link image back to the main store page while clicking the SBG logo on any of the blogs will take you to the MAIN site home page (not store, the informational section of the site and reason why we have a store in the first place!).

I did, and while it is arguably an improvement, turning into a bald zombie and sprouting antlers (they look a bit like ant feelers! But they were actually cropped from some horned real life beasty) doesn’t suit everyone..

The reason for the faux horror is of course to try and give the latest addition to the SBG line up, the Ronin Katana Dojo Pro “Trapped Oni Soul” Ko Katana, the evil, smaller twin of the original bad boy that added + 3 to Dexterity as just one of its special powers.. (and as you can see, one of the others can cause some monsterism – as the Oni is trapped in the actual tsuba, removing it should only be attempted by senior members of the clergy or while wearing gloves at the very least…)

Of course, all kidding and spoofing aside – the actual sword is TRULY a little terror. 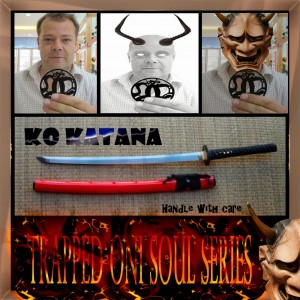 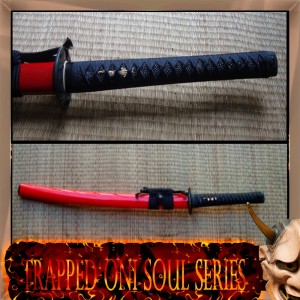 Cosmetically of course it is exactly the same color scheme (red and black as every discerning Oni just will not have it any other way!), though diametrically opposed – the original design is a huge 30″ blade while the Ko Katana is a mere 24″, but is incredibly fast in the hands (easily usable in one hand, it comes alive when used with two) its not just mean looking – it is MEAN!!

And bad tempered too, especially if you fiddle with, remove, tease, annoy or upset the tsuba. 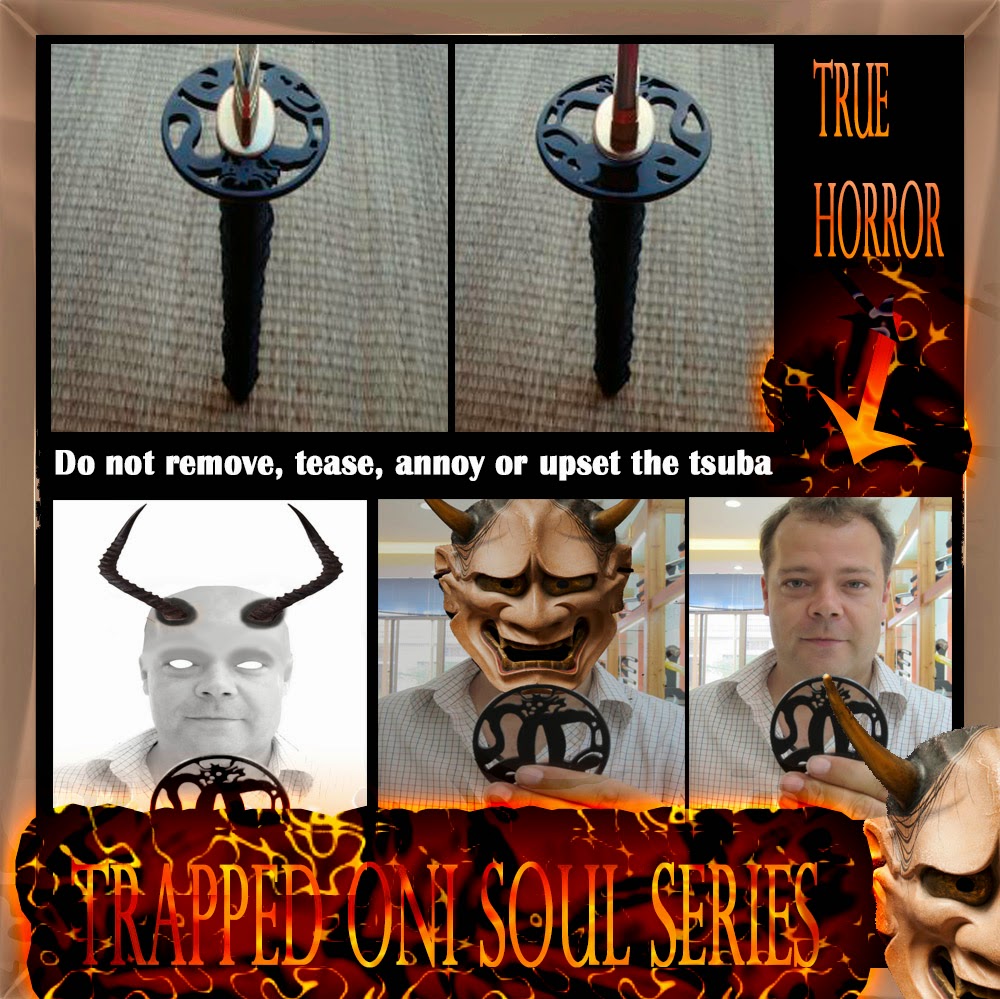 Check it out in the store here
I think I had entirely too much fun with photoshop on this one..!
OTHER STORE NEWS

Things have been VERY busy the last few days, the SBG Custom Katana flicked between batches without the usual 2-3 month downtime and so far things are going very smoothly with the Custom Katana re-release. Everyone who got in on the most recent batch should get their swords by June 5th, all orders coming in now – late July – and with plenty of time to tweak and adjust your design before it goes to the forge.

And as the store overhaul continues – both the store blog (the thing you are reading now) and the dedicated Black Dragon and SBG Custom Katana forge blog have just been given a nice overhaul, coat of paint and are laying the foundations for more frequent use and usability.

And as anyone who received the exclusive store newsletter that went out a few days ago will know, things are about to get even busier and more exciting – so stay tuned folks! Plenty more to come, with 3 new Dojo Pro hot on the heels of the Oni Ko Kat – I must admit the saya on model 21 is unique and very attractive, my favourite in the classic series thus far I think.

Lots going on behind the scenes, so I need to get back to it – but will post again here very soon!﻿﻿﻿﻿

Yes, its official – we switched from batch 23 to batch 24 at midnight, so batch 23 is locked and off to the forge and orders for the rest of the month can be placed at a more leisurely pace.

More updates will be posted soon and customers from batch 23 will get their first official email update within the next few days. Was really quite exciting, talk to you all again shortly!

Even though we are now batching them all year round, the timing of your order DOES make a difference..

Get it in nice and early in a batch and you can play around, make changes, etc – come in towards the end and the next day its off the forge – so the more you know about what stage we are up to, the clearer the whole thing is – which is good for everyone..!

Oh, and it also shifts the delivery date a bit. For example, if you get your order in before the Tuesday 4th deadline, you will be part of batch 23 and get your sword around the 5th of June. If you order on Wednesday – it will arrive in late July, though you will have plenty of time to make adjustments and tweaks..

So armed with this info you can choose which side of the batch you want to be in! Lock in now for June delivery or take it slow after Wednesday it is your choice..!

Speaking of choice, we have added some last minute additional tsubas and elite sets – quite a few actually. More on this shortly, but for now – time to start wrapping up this current batch!!!